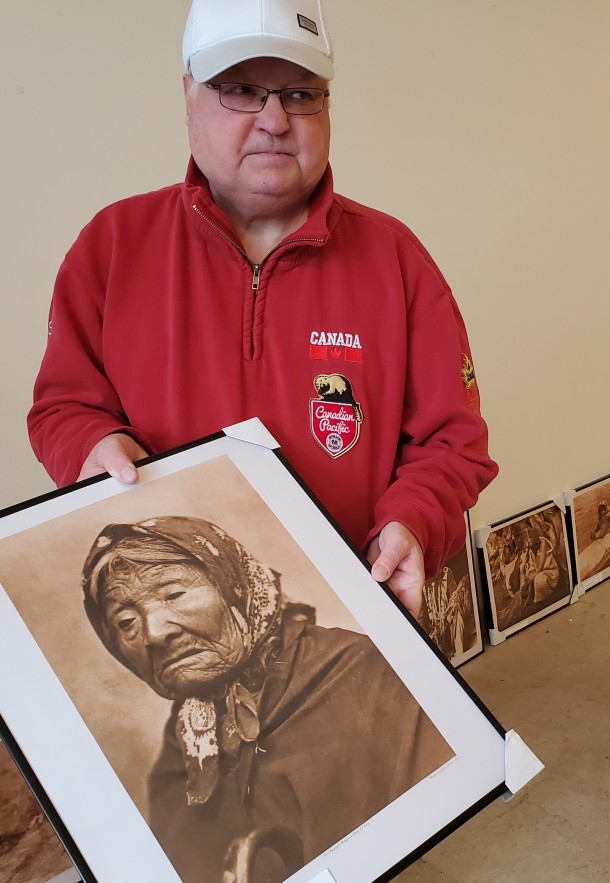 Curtis’ work and his ties to the local area are celebrated in the Arts and Heritage Center of Montgomery’s newest exhibit: Edward S. Curtis Photography Display.

The exhibit, which opened last week and will remain open for public viewing during the center’s regular hours until February 29, features more than 60 of Curtis’ prints of Native American life between 1900 and 1930.

“This exhibit has been months, actually years, in the making,” explained Anita Janda of Le Center, who along with her husband, Joe, learned of Curtis’ tie to Le Sueur County in a book they picked up in 2008.

Ten years later, the couple traveled to the Muskegon Museum of Art in Muskegon, Michigan, and viewed rooms dedicated to Curtis’ work.

“It’s beautiful… His work is just astounding,” Janda stated as she gazed at one of the framed prints on display in Montgomery. “He was passionate about capturing Native Americans–their photographs, culture, music, history, language, daily life–before their cultures disappeared.”

Curtis, who was born near Whitewater, Wisconsin, moved with his family to Le Sueur County, Minnesota, around 1874 at the age of five.

The Curtis family tried to scratch out a living on a farm that was owned by Curtis’ grandfather, Asahel Curtis, but the farm was….

To see more on this story pick up the January 9, 2020 print edition of the Montgomery Messenger.

2 arrested in shooting of doctor in Edina parking ramp