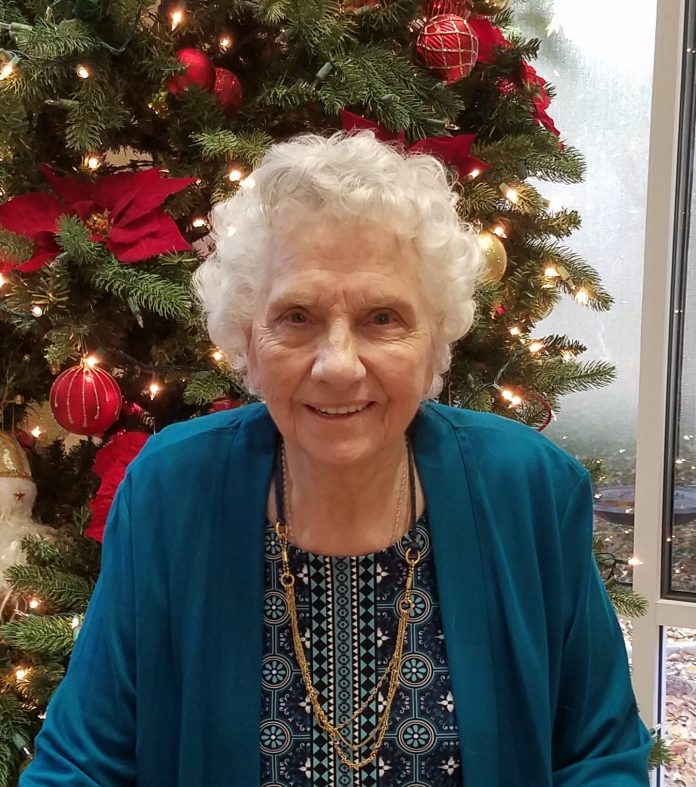 Betty Jean Adams, age 95, passed away quietly on Saturday September 5, 2020. Betty was born
February 28, 1925 to the late Ruben and Alvina (Schulte) Wendelschafer of Gaylord, MN. She grew up
on the farm along with her younger sister Virginia (Ginny). Betty was a graduate of Gaylord High School.
On March 24, 1943 Betty married Richard Adams. They settled in Le Sueur, MN and raised 4 children.
They were long time members of Zion Lutheran Church were Betty worked at one time as a part time
secretary. She also worked part time at the hospital as a receptionist but mostly she was a full time
homemaker. Besides her family, Betty loved the outdoors, animals, and flowers. She also enjoyed
playing cards like bridge and 500. She enjoyed music and played piano.
After her husband death, she sold her home in Le Sueur and moved to Le Center, MN for a couple years.
Then she moved to Remer, MN for a couple years and decided she’d had enough of winters so moved to
Mesa, AZ where she lived in a townhouse for 8 years. For the past 2 years she has lived at the Citadel,
an assisted living facility in Mesa, AZ. She was known there for her cheery disposition and friendly smile.
Betty was preceded in death by parents, husband, Richard, and grandson, Nicholas Mueller. She leaves
behind to cherish her loving memory her children Sandra (Michael) Volkenant, Le Center, MN, Bonnie
(Dale) Mueller, Remer, MN, Gary (Sandra) Adams, Mesa, AZ, Thomas (Delia) Adams, Corpus Christi, TX;
7 grandchildren, 14 great-grandchildren; her sister Virginia (Maynard) Asmus of Roseville, MN; and
nieces, nephews, and friends.
Graveside services will be Friday, September 18, 2020 at 2:00 p.m, Mound Cemetery, Le Sueur, MN.