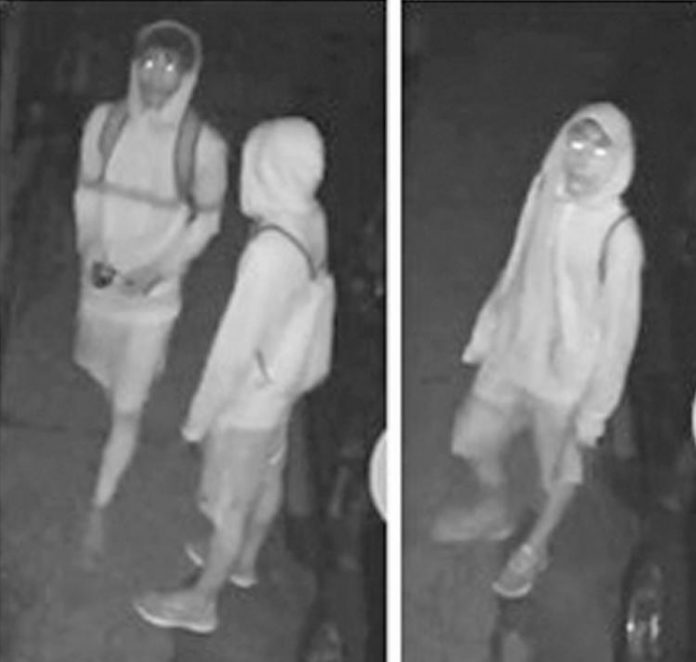 Faribault police this week took several reports of garage burglaries. The burglaries occurred within a several block radius of Division Street West and Seventh Avenue. The burglaries have been limited to vehicles and garages, according to Faribault Police Capt. Neal Pederson, with the biggest items stolen was a 55-inch TV. These images of possible suspects were captured by a resident’s home surveillance camera. Anyone with information on the thefts or potential suspects is asked to contact Detective DJ Skluzacek at 507-334-4305. (Image courtesy of Faribault Police Department)