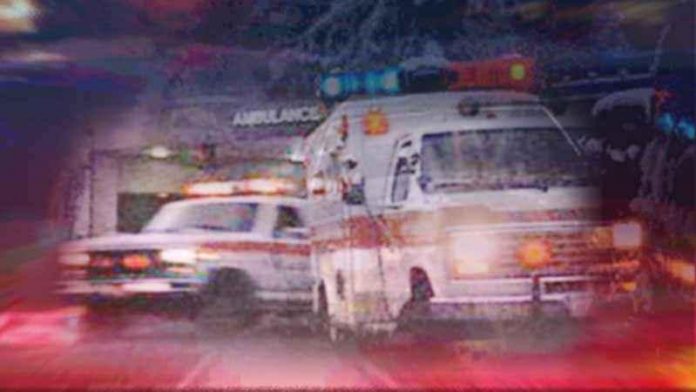 A fundraiser has been set up to help a 40-year-old Shakopee woman who was severely hurt in a May 20 hit-and-run in a roundabout at Spencer Street and Vierling Drive.

Kara Reihs was walking home from work at 5:30 a.m. when she was hit in the crosswalk, according to a gofundme online fundraiser set up by Reihs’ neighbor, Tracy Trosen.

“As she lay face down on the pavement unable to move her left side, she did locate her phone in her backpack and called 911,” Trosen wrote. “A witness stopped and held her head as they waited for the ambulance and police arrived.”

She was transported to St. Francis Regional Medical Center and then airlifted to the Hennepin County Medical Center, where she was in intensive care for two days, with multiple fractures and wounds, including a collapsed lung, broken pelvis, broken femur, cracked ribs, cracks in her sternum and vertebrae and a broken bone in her foot and elbow, according to Trosen.

She had surgery on May 20 to put pins and plates in her pelvis, Trosen said, and had a rod put in her femur to repair that break.

“She had about 100 stitches used during the 4.5 hour surgery,” Trosen wrote. “Her orthopedic surgeon said in his 35 years of surgery, he has never seen a hip joint with this much damage and a hip replacement will probably be required.”

On May 22, they put a plate in Kara’s right elbow to repair a break and on May 23 they put a cast on her left foot to secure the break in her foot, Trosen said.

Trosen said Reihs was recently released to a physical therapy rehab facility and is starting to heal, but she’s in a lot of pain and has a long road ahead, as she is in a wheelchair now.

“We are grateful for the good samaritans that stopped and sat with Kara until help arrived,” Trosen wrote.

The fundraiser will help with medical and personal expenses, she said, since Reihs will be out of work for an unknown time.

City spokeswoman Kristin Doran indicated after the accident that a suspect in the case had been identified, saying “our department is actively investigating this accident but we are not looking for any driver.”