Glenn was a Certified Instructor for the gun safety program of the Montgomery Sportsman Club for many years, past member of the Wheatland Sportsman Club and was a strong advocate for wild life habitat, and was a member of the Montgomery Lions Club. Glenn enjoyed farming, hunting, fishing, dancing, old time and country music- in his younger years he played button accordion and Tuba.

Glenn is preceded in death by his parents; wife, Audrey; sister, Gladys Sirek.

Arrangements are with the Schoenbauer Funeral Home in Montgomery. 507-357-6116. On-line condolences may be left at www.schoenbauerfuneralhome.com. 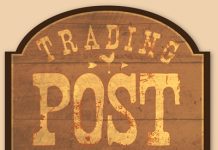