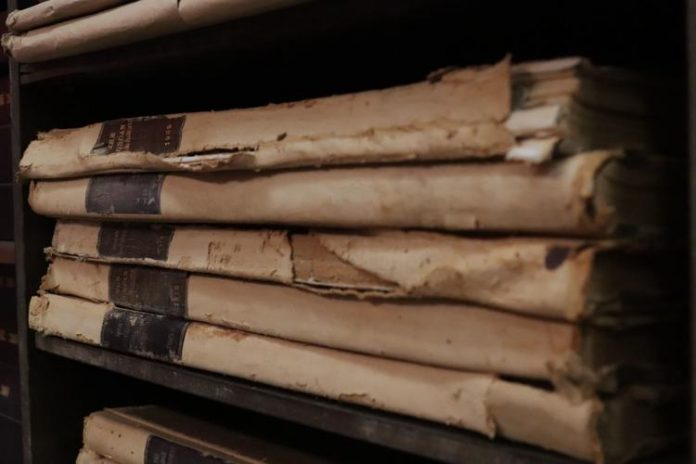 The Jordan Historical Society will use a nearly $10,000 grant to purchase a microfiche reader and personal computer, historical society President Ron Jabs said this week.

The grant was administered through the Minnesota Historical Society and recipients were announced last week. The grant funds comes from the Minnesota Clean Water Land and Legacy fund.

Microfiche machinery is greatly needed by the historical society in order to continue producing its weekly “Looking Back” historical column for the Jordan Independent. Jabs said the task became more cumbersome when the Independent closed its Jordan office and members had to travel to Savage to comb through archived newspapers.

“We want to get that information here locally so that we can research information for the ‘Looking Back’ project we do in the newspaper,” Jabs said. “We have some of the newspapers going back a certain period of time, but what we have is relatively fragile and by handling that all the time it isn’t going to last forever.”

As it stands now, society members Liz Thaves and Bernice Hoffman page through old volumes of the Jordan Independent to produce the weekly article. But brittle pages from the older volumes, particularly 1919, are prone to tattering and crumbling edges with even the most gentle use.

Eventually the goal is to have the machine available to the community for research, Jabs said.

The majority of the grant, some $9,270, will be used to purchase a ScanPro 3000 digital scanning package. The remainder will cover the cost of a computer and monitor to operate the hardware. Jabs expects to the machine to arrive in the next couple months.

But even with the machine, they won’t have any documents to examine — yet. The historical society applied for an additional grant to purchase a microfiche database. That grant was denied.

“That was declined because they did not have adequate funds to do it … they highly encouraged us to apply for the next round,” Jabs said.

The collection they’re looking to acquire from the Gale Family Library at the Minnesota History Center contains nearly every copy of the Jordan Independent dating back to 1886. Jabs said the collection also contains former publications that circulated in the Jordan area, including Jordan Flag, the People’s Weekly, the Advocate and the Mirror and the Minnesota Volkstreund, a German-language newspaper printed from 1892 to 1899.

“Our focus is to share our community’s history and the Jordan Independent and other newspapers that served us are just rich with information of what happened throughout the years, right from the early days as a settlement,” Jabs said. “We feel that Jordan has such a cool, exciting history over the years and if we don’t share it we’re going to lose some of that.”