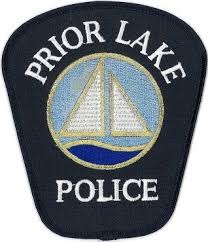 Prior Lake’s next interim police chief will be Don Gudmundson, a former sheriff, police chief and homicide detective with a track record for community policing and law enforcement reform, city officials said Wednesday.

Gudmundson will take the reigns of the department from his former mentee and current interim Police Chief Booker Hodges. Hodges is leaving the city on April 15 to take on the role of Minnesota Assistant Commissioner on Public Safety.

Hodges said the department will be in capable hands.

“Don, he’s community-policing-orientated,” he said. “He really agrees and prescribes to that philosophy. You’re not going to find a more qualified law enforcement person, probably in the county, than him to lead an agency.”

Gudmundson brings over 48 years of policing experience; his position is intended to end mid-June, when city officials expect to select a long-term police chief.

The Peterson native began his policing career in 1971 as a campus police officer at Wayne State University in Detroit, according to Prior Lake, the Pioneer Press and other sources. Within three years, he had joined the Detroit Police Department’s homicide squad as a detective.

Gudmundson eventually made his way to Illinois, where he worked as a Special Agent with the Illinois Bureau of Investigation as part of the Cook County Task Force investigating mafia murders.

Gudmundson returned to Minnesota in the late ’70s as the Fillmore County sheriff. Over the next three decades, he added the titles of Lakeville police chief, Dakota County sheriff, Faribault police chief and interim Steele and Stearns county sheriff. Gudmundson is the only person in the state to have served as sheriff of four counties.

In September 2018, during his most recent role as the interim Stearns County Sheriff, Gudmundson ruffled feathers by releasing almost the entirety of the Jacob Wetterling investigation files and telling press the original investigation went “off the rails.”

The statement received national attention, in part because the case was featured as the focus of a season of American Public Radio’s “In the Dark” podcast.

Over the course of his career, Gudmundson mentored dozens of officers who would go on to lead departments of their own. Hodges said there was a kind of lore around working with Gudmundson.

“For a while, we always joked that NFL has the Bill Parcells tree,” Hodges said, referring to one of the most celebrated coaches and coach mentors in NFL history. “Well, in law enforcement, we kind of have the Don Gudmundson tree.”

Among these mentees are two of the state’s four African American police chiefs: Hodges and St. Cloud Police Chief Blair Anderson. In 2009, Gudmundson received the Minneapolis NAACP’s President Award for his work in creating the most diverse law enforcement organization in the state.

Hodges said his former boss has a record that is respected nationwide.

“Don is a great leader,” Hodges said. “He’s a mentor, and he’s really a pioneer in law enforcement in many respects.”

City Manager Michael Plante said that respect was very apparent as the city considered interim options for the police department.

“We checked around and did some research and reference-checking, and Don came back highly recommended,” Plante said. “We’re certainly looking forward to working with him.”