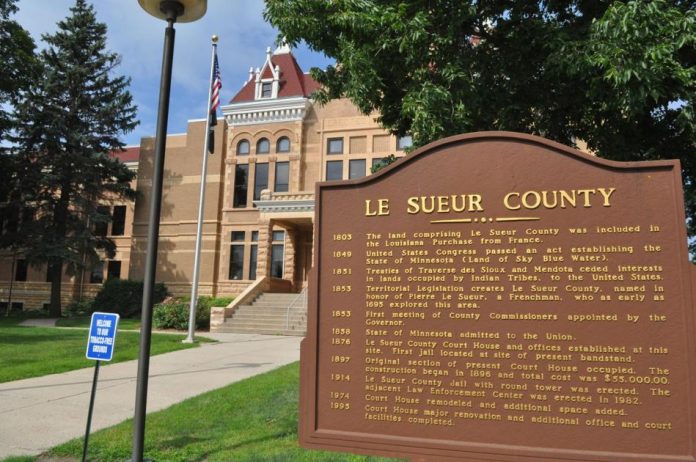 Le Sueur County residents might be seeing a survey about broadband coming to them within the next few months.

The Le Sueur County Board of Commissioners agreed that broadband issues throughout the county need to be addressed, but before they can do anything about it, the commissioners agreed with county staff that they need to do a feasibility study to see where the issues are the worst and where they are almost non-existent.

“We need to do some kind of survey or community outreach,” County Administrator Darrell Pettis said.

But he also said the county needs to know the other side of things, like how they are going to pay for the upgrades after the study is finished. In this matter, Pettis presented the board with two options: a local option sales tax or using part of the county’s property tax income.

“We currently don’t have any local option sales taxes,” Pettis said. “We would probably do a half percent for this and we would need to go out for a referendum.”

The problem with this option is that those taxes are usually saved for transportation funds like fixing roads.

“It would not be going to the transportation fund and would instead be used on broadband,” Pettis said.

But some of the commissioners felt that this option wouldn’t be helpful.

“I don’t think we should use the local option for broadband because our transportation fund needs it,” Commissioner Steve Rohlfing said. “We have so many roads that need to be fixed.”

Pettis’s second option dealt with using some of the county’s property tax money for the project.

“We could take some rural parcels with a house, garage and one acre of land and use the their tax abatement,” Pettis said.

Pettis clarified that this would not be an extra tax on these properties.

“This would not be a general levy tax or a special property tax, we would just use a portion of their property taxes for this project,” Pettis said.

But, Pettis said that either option would probably also need a levy to cover the full project.

“We will have to do a levy as well,” Pettis said. “We are looking at hopefully getting a $5 million grant from the state, but we are still looking at about $15 million for the project.”

The issue of broadband has been on the county’s project list for a few years now and with Frontier failing, the board is hoping to get something done about it.

“The board is going to have to put its money where its mouth is,” Chairman John King said. “It’s going to take some kind of bonding.”