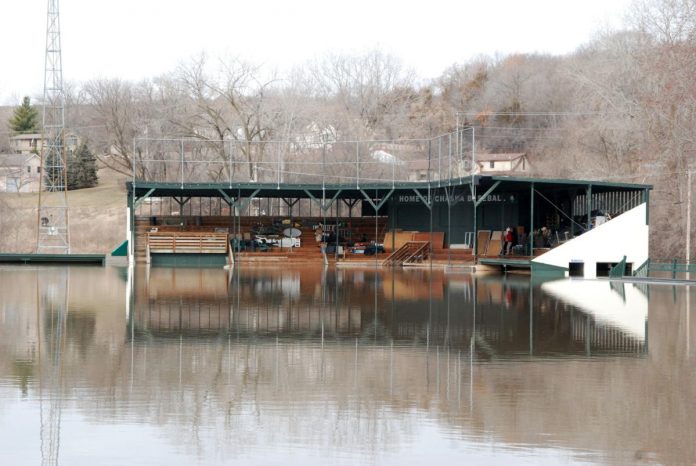 The Minnesota River is getting close to reaching the crest.

At noon Monday, the river was 32.09, measured at the Jordan gauge by the National Weather Service. That level would place it at the ninth highest historic crest, with four of those crests occurring in the last 10 years.

The current crest will be prolonged by the large amount of snow that melted, and is only forecast to drop one foot in seven days.

The snow in the central Minnesota basin has mostly melted, according to Craig Schmidt, NWS senior service hydrologist.

“Everything from New Ulm through Mankato — most of those rivers have crested,” Schmidt said, on Monday.

However, he said, there’s still a large amount of snow to melt in the upper Minnesota basin, which could either create another lower crest, or slow the descent of the floodwaters.

The lack of rain has helped diminished water levels. “We’ve had about as ideal of conditions as we could this year,” Schmidt said. “We’ve had a really good melt.

“We could see things worse down the road,” he said.