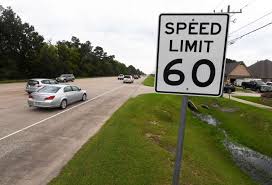 DULUTH, Minn. (AP) – Motorists will soon be able to drive faster legally on two highways in northeastern Minnesota.
The Minnesota Department of Transportation said Monday the speed limits on the two highways will increase from 55 to 60 miles per hour late this week or early next week.
On Highway 217, the speed limit will go up between Littlefork and Ray. The speed limit also is going up on Highway 286 between Highway 6 and Marcell.
The new speed limits take effect when new signs are posted.
The speed increases are based on a traffic and engineering study and an analysis of current driving speeds.
The 2014 Legislature directed MnDOT to evaluate its two-lane, two-way 55 mph highways to determine whether speed limits could be safely increased. The statewide study ends next year.