Townhall.com is the #1 conservative website. Townhall.com pulls together political commentary and analysis from over 100 leading columnists and opinion leaders, research from 100 partner organizations, conservative talk-radio and a community of millions of grassroots conservatives.

Townhall.com is designed to amplify those conservative voices in Americaâ€™s political debates.

By uniting the nationsâ€™ top conservative radio hosts with their millions of listeners, Townhall.com breaks down the barriers between news and opinion, journalism and political participation — and enables conservatives to participate in the political process with unprecedented ease.

As a part of Salem Media, Townhall.com features Salemâ€™s News/Talk radio hosts, Bill Bennett, Mike Gallagher, Hugh Hewitt, Michael Medved, and Dennis Prager, who are heard on over 300 stations nationwide. Of our five hosts, three are among the top 10 radio talk shows in the nation!

For the first time, the grassroots media of talk radio, the internet, blogging and podcasting will be brought together in one place to activate conservative political participation.

By providing daily news and opinion articles, sophisticated activism tools, a vibrant blog community, online radio shows and more, Townhall.com arms conservatives with the tools and information necessary to have an impact in shaping the news.

Townhall.com is part of the Salem Web Network.

Salem Media is the leading US radio and Internet broadcaster reaching audiences interested in Christian and family-themed content and conservative values. 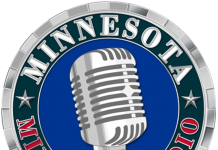