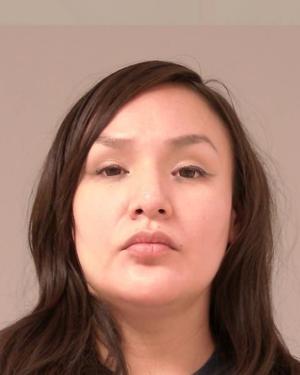 Two people were stabbed in Shakopee early this morning and a 30-year-old Shakopee woman was arrested on the scene.

According to the Shakopee Police Department, police were called to a domestic assault in the 1200 block of Taylor Street at about 6:37 a.m. today and found two victims, a 36-year-old man and 27-year-old woman.

They were all living together in the house, and Shakopee Police Capt. Craig Robson said the two victims were both “household members.”

“Evidence points to the fact that she stabbed both of them,” he said. “It was an argument that escalated.”

The woman was transported to St. Francis Regional Medical Center and the man to Hennepin County Medical Center, where he required surgery. Both victims are in stable condition and are expected to survive their injuries, Robson said.

A neighbor called police after hearing the assault and then seeing it after it “made its way into public.”

Two children were in the house at the time, Robson said, but were not injured and will be placed by child protective services.

Anyone with information concerning this event may contact the Shakopee Police Department at 952-233-9400. Those wishing to remain anonymous may submit tips at www.ShakopeeMN.gov/SPDtip411 or by texting SPDTIPS and your tip to 847411 (TIP411).