Amir Coffey and Eric Curry each scored 11 points for the Gophers (14-4, 4-3 Big Ten), who avoided losing their second straight game against a team that hadn’t yet won a conference game. Minnesota also lost at Illinois on Wednesday night.

Lamar Stevens scored 27 points, while Mike Watkins added 10 points and nine boards for the Nittany Lions (7-12, 0-8), who lost for the second straight game after leading at halftime.

Minnesota trailed by as much as 10 in the second half, but began its comeback with an 18-5 run. When Coffey hit three straight free throws, the Gophers had their largest lead of the game at 61-54.

But Stephens scored on a putback that started a 7-0 run for the Nittany Lions to tie the score. Stephens then missed a pair of free throws with 2:40 to play, and Minnesota regained the lead when Murphy went 1-for-2 from the line on the other end.

Murphy pushed the Gophers’ lead to three when he dunked home his own missed shot with a minute to play. But Stephens tied the game with 11.1 seconds when he converted a three-point play after drawing a foul on Murphy and scoring down low.

On the Gophers’ final possession, McBrayer drove to the hoop and drew a foul with 2.7 seconds to play. He hit the second of two shots to give Minnesota the lead, and Stevens missed a contested shot at the buzzer to give the Gophers the victory.

Penn State: The Nittany Lions still haven’t won in the Big Ten but they’ve been excruciatingly close. On Wednesday against Iowa they led by five at halftime and were tied with two minutes to play but couldn’t hold on.

Minnesota: The Gophers needed this one with a trip to Ann Arbor coming up and No. 2 Michigan coming off a loss at Wisconsin. Plus a second straight ugly loss against a non-contender could have been a disaster.

Minnesota: At Michigan on Tuesday. 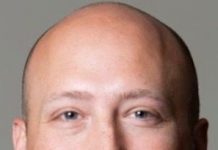