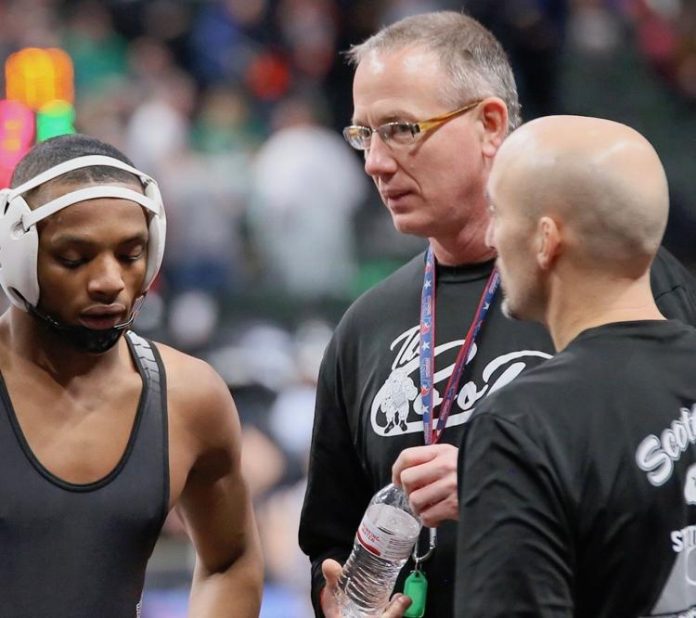 In 22 years, Ripley led the Panthers to 15 Section 2AA titles. His teams were state runner-up four times and ended up third in sixth other seasons. Scott West has also won the prestigious Rumble on the Red in Fargo five times in his tenure.

“It has been one of the great opportunities of my life to help lead and coach such an outstanding wrestling program over the last 22 years,” Ripley said. “Scott West wrestling is not only highly regarded throughout the state of Minnesota, but throughout the country as well with national team rankings in 2011 and 2012.

“I would personally like to thank former Jordan High School Principal Mr. Mark Ruggeberg, as he had the confidence and trust to select me to be the Scott West Wrestling coach during the program’s most important time of transition back in 1998-99,” Ripley said.

Ripley will continue to teach history at Jordan Middle School. Jerold Stauffacher will take over the Scott West program. He’s been as Ripley’s side for the last 20 seasons as the team’s top assistant coach.

Wrestling practice for the Jaguars was supposed to start Nov. 30 with the first competition date Dec. 10.

However, Gov. Tim Walz announced a four-week shutdown Nov. 18 for youth and high school sports across the state. So Stauffacher and the Panthers will have to wait until Dec. 18 to get on the mat for the first time.

Matt Hennen, who was senior on the Scott West team in Ripley’s first season as coach, said Ripley’s impact on the program is impossible to sum in a few words.

Hennen joined Ripley’s staff as an assistant at the start of the 2003-04 season.

“Anyone who knows him would know his level of intensity, commitment, and enthusiasm for the sport of wrestling,” Hennen said. “The work he’s done to solidify the Scott West program in the past 22 years has been a labor of pure drive, love, persistence, and the pursuit of excellence.

“To his wrestlers, he’s been an all around life coach,” Hennen added. “He’d always say, ‘There are always bigger matches ahead,’ and he wasn’t just referring to them being on a high school or college mat. The principles that drove his coaching were those that would lead us to be better on the mat, but also in the classroom, at our jobs, for our families and in life.

“His goal wasn’t just to win matches. That was important, but he was looking to build athletes who understood that anything worthwhile requires overcoming some level of adversity and, takes some degree of desire, drive and dedication.”

Hennen tried to soak up as much knowledge as possible over the years coaching alongside Ripley. He said Ripley was encyclopedia of wrestling theory, history, strategy, and practice. He never quit learning new things about the sport.

“As a mentor coach, he’s taught me that every detail within a quality program matters,” Hennen said. “It’s not just running practices. It’s about tradition and expectation.

“It’s knowing your athletes, as students and as people,” Hennen added. “It’s about knowing families. It’s attending clinics and staying up to date on current practices. It’s scouting and setting lineups. It’s about always knowing the situation. It’s never turning anyone away from your room, student or coach because everyone can have something to contribute.

“It’s about looking out for and building upon the Scott West Family.”

That’s a big part of what Ripley will miss, being apart of the close-knit Scott West family and that doesn’t mean just in the wrestling room.

It goes beyond that.

“I would like to thank all of the people that have supported Scott West wrestling throughout the years, including the administration, office and custodial personnel, but most importantly the parents, fans, coaches and wrestlers as we intensely continued to pursue the tradition of success that is Scott West wrestling,” Ripley said. 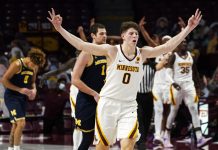 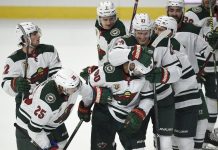